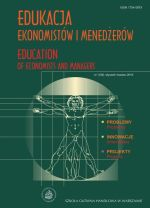 The aim of this study is to find out the possible effects of demographic characteristics of cabin crew on their emotional labor experiences. Emotional labor concept has been identified by Hochschild’s notorious research on Delta Airline’s cabin attendants and was published in her book “The Managed Heart: Commercialization of Human Feeling” as the first time in the year 1983. In this study, 36 years after Hochschild’s work, the effects of demographic characteristics on the emotional labor experiences of 265 flight attendants who are working for airline companies in Turkey are investigated. In the literature, there are only a few studies on the effects of demographic factors on emotional labor experiences of cabin crew. So, this study provides an important insight into the subject. The emotional labor scale consists of three dimensions; deep acting, surface acting and genuine emotions. For the emotional labor, a total of 13 questions were answered by participants in 5-point Likert type scale through the Internet. Also, six questions related to demographic characteristics were answered. An Exploratory Factor Analysis (EFA) was performed to verify the item distribution on each factor (i.e. deep acting, surface acting and genuine emotions). And, to analyze the differences between the emotional labor experiences of the groups according to age, gender, position, marital status, total working experience and education, independent samples t-tests and one-way ANOVA tests were applied. Independent samples t-tests were used to compare the differences of two groups such as married-single, male-female, flight attendant-flight attendant supervisor. One way ANOVA tests were used to compare the differences of three or more groups according to age, total working experience and education. Tukey HSD tests were performed after one way ANOVA tests to distinguish the statistically different groups. The results show that there are no statistically significant differences between the expressions of emotional labor, deep acting, surface acting and genuine emotions of groups according to gender, marital status, education and age. Yet, there are statistically significant differences between the emotional labor and surface acting experiences of flight attendants and flight attendant supervisors. Also, a statistically significant difference is found between the deep acting experiences of the cabin crew with 4–7 years of experience and those with 8–22 years of experience.